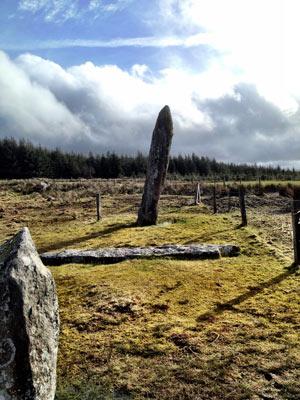 Millstreet (“Sráid and Mhuilinn”) is a town in the south of Duhallow in the shadows of Claragh Mountains. Millstreet is situated midways between Mallow and Killarney. The town of Millstreet grew up in the 18th century – as the name implies – around the little mill situated on the Station Road and it became the centre of parish life. Several smaller mills were in operation in the parish, in Dooneen, Cloghoula and Drishane.

Gradually the town grew and the population increased. An ale and porter brewery was established in 1835. The site of the Tanyard district gave a lot of employment until the industry went steadily down during the period of Grattan’s Parliament due to the exporting of live cattle and the growth of the tanning industry in the countries which had formerly been the largest customers for Irish leather. A brick factory was also in operation at this time and weaving which survived until 1890. The town had a very large military barrack in 1810. It is believed that the Wallis and McCarthy O’Leary families refused to allow the railway to pass through their lands, hence the distance of a “good Irish mile” of the railway station from the town.

In Emancipation times, Daniel O’Connell held at least one Repeal meeting at a place about a quarter of a mile from the present railway station. The town was well-known to him as he invariably stayed at the excellent inn which the town provided on his journeys by stage coach from Derrynane to Dublin and London. The town in his time appears to have derived its chief support from travellers between Cork and Kerry and from the large barracks on infantry. The Liberator referred to the inn as having provided him with the warmest bed and the hottest chicken he got anywhere he went. He had a strong link with Millstreet as Mrs. McCarthy O’Leary was his niece.

There are some fifty-five splendid prints referring to the Millstreet area in the famous William Lawrence Pictorial Collection. These photographs incorporating a) Millstreet Town b) Drishane Estate and c) Great houses were taken between 1880 and 1912.

The town is also famous for the annual Millstreet International Horse Show and also for hosting the Eurovision Song Contest in 1993 held in the Green Glens Arena. In the mountains overlooking the town is Millstreet Country Park where visitors can enjoy spectacular views of the town and the surrounding area.